Stop Press
Shop Smart, Shop Local Caterham
ABC and Caterham Valley Business Partnership are working on a local shopping initiative called "Shop Smart, Shop Local" for launch shortly, covering the whole of Caterham. Andrew Browne, Marc Hansen, Graham Tapley and Chris Windridge are taking the lead with an expanding group. Peter Ainsworth is very supportive and we had an initial meeting on this topic in the Miller Centre. Anyone interested to join as a retailer or service provider please contact info@meetcaterhambusiness.co.uk or click here.
Youth News
There is success to report on two youth initiatives. One from Surrey, which is reported via the Caterham Advertiser here.
The other, a successful application to the Youth Opportunities Scheme and Youth Opportunities Capital Fund, from a local group of young people. Details soon.
Shabby to Smart facelift
Detailed Planning is under way for a face lift to the Valley & Hill shopping areas, nicknamed "Shabby to Smart". Longer term plans are also under discussion for " A Future Caterham". Funding in excess of of £200,000 has been raised for the initial projects. Work is planned in both Hill and Valley shopping areas, which will hopefully provide the whole town with worthwhile improvements. Many people are involved, including both local parishes, Tandridge District and Surrey County Councils. The leaders of these volunteer teams are Pamela Cosgrove, Nigel Wilkinson and Gifford Wright. Random Greenway has provided invaluable assistance as has Scott Coughlan at Tandridge.

Caterham Festival
A Caterham Festival is being held for the first time this summer, an idea from the ABC Healthcheck and one we are happy to sponsor with others. Festival Link here . Party in the Park , the Miller Centre , ARC and Caterham Carnival are joining in along with many other groups too. Andy Parr is chairing this group, helped by Barbara Brunsdon and many others. This group is seeking independent funding from ABC.
Business
Meet Caterham Business Exhibition had a successful second event last October, where 400 people attended and over 40 local businesses exhibited, led by Graham Tapley.

ABC becomes Caterham Partnership
The ABC volunteer organisation will transition to a more formal legal entity, in order to bid for and receive grants to help in the above projects. It will become "The Caterham Community Partnership" and continue ABC's work.
Throughout the whole process we have received much support and help from many councillors in parish, district and county councils and significant assistance from officers. Its already been a partnership and that is the intended style going forward too.
A vote of thanks too for all the press help we have had, from Julia at The Caterham Independent particularly but also from the County Border News, Caterham Link, Caterham Mirror and Advertiser.

Instrumental in getting a CCTV study carried out to identify the cause of local flooding in Croydon Road. Work has begun to improve the drainage in the Mt Pleasant Road/Croydon Rd area.

In progress. Supported well by Tandridge. This area is complex and includes things that can and should be done soon for the benefit of the town in the present economic situation and other medium and longer term items. Such a forward looking plan for the town was written into the objectives of the healthcheck from the very beginning. The key to success is getting elements of the forward plan accepted by the various statutory groups and working with them towards delivery. We have had excellent help from the Chief Exec at Tandridge and all his staff, including Vince Sharp in particular.

* Help the different parts of the town and its local groups integrate better and develop a more vibrant place - The Festival: Set up and on its way

* Stop the erosion of facilities and reinvest to scale with the extra development affecting the town, whether for youth or the community. Youth facility and Community Hub, became a Surrey initiative. We should now consider how best to work with SCC to make the Youth element a success and any role for ABC. So far as an idea for a Community Hub is concerned ( Multi-purpose community facility) we seem to be back to the beginning. ABC may be able to participate and progress this but it is very disappointing that no solution could be found between County and District Councils.

A way to help fund local projects is being tried elsewhere in Surrey and the South East. It has been known as a S106 agreement, where new building development occurs. We advocate this on all development, involving one or more new dwellings to help local funding. Notwithstanding the present sharp slowdown - actually now is the time to introduce, so that when recovery occurs some funding will flow, even if at lower levels than may have been possible before. Its been introduced in neighbouring Surrey Districts and other counties in the South East.

* Creating a successor Town Partnership - A legal structure has taken more time than expected, needing further time to gain local commitment. However a blend of how other towns have set up similar organisations is now ready to implement. Will need some funding going forwards. A "Grass roots" grant from Government may be available.

What's Next
I hope ABC continues, for it has served a useful purpose. While the volunteers may not be elected, provided they represent a wide spread of the town this is a worthwhile endeavour and it injects new ideas and energy into taking the town forward.

Should the loyalty card that is proposed take off, we may have an opportunity to offer all those who join the loyalty scheme, membership of the Caterham Partnership and vice versa. That may end up a substantial number of people.
Each of the projects has a separate section on the web site and you can get up to date information from these pages and links. Congratulations to all the volunteers and thanks for your hard work that has gone into all the above ideas.
Quite what it will take to regenerate and revitalise the northern end of Croydon Rd near the old Rose & Young garage is on ongoing saga. It is joined by Woolworths as an empty building. (See stop press) The activities we are pushing ahead with for uplifting the shopping centre and making Caterham a more visible local shopping destination with a loyalty scheme will assist, we hope, in tipping the balance in favour of Caterham as a choice for investment and the "Right" sort of development for the town soon.
See you all at Festival and apply for your Caterham Loyalty card when it is launched!

Chris Windridge
Chair
ABC A Better Caterham project.
Posted by Town-Watch at 8:00 AM 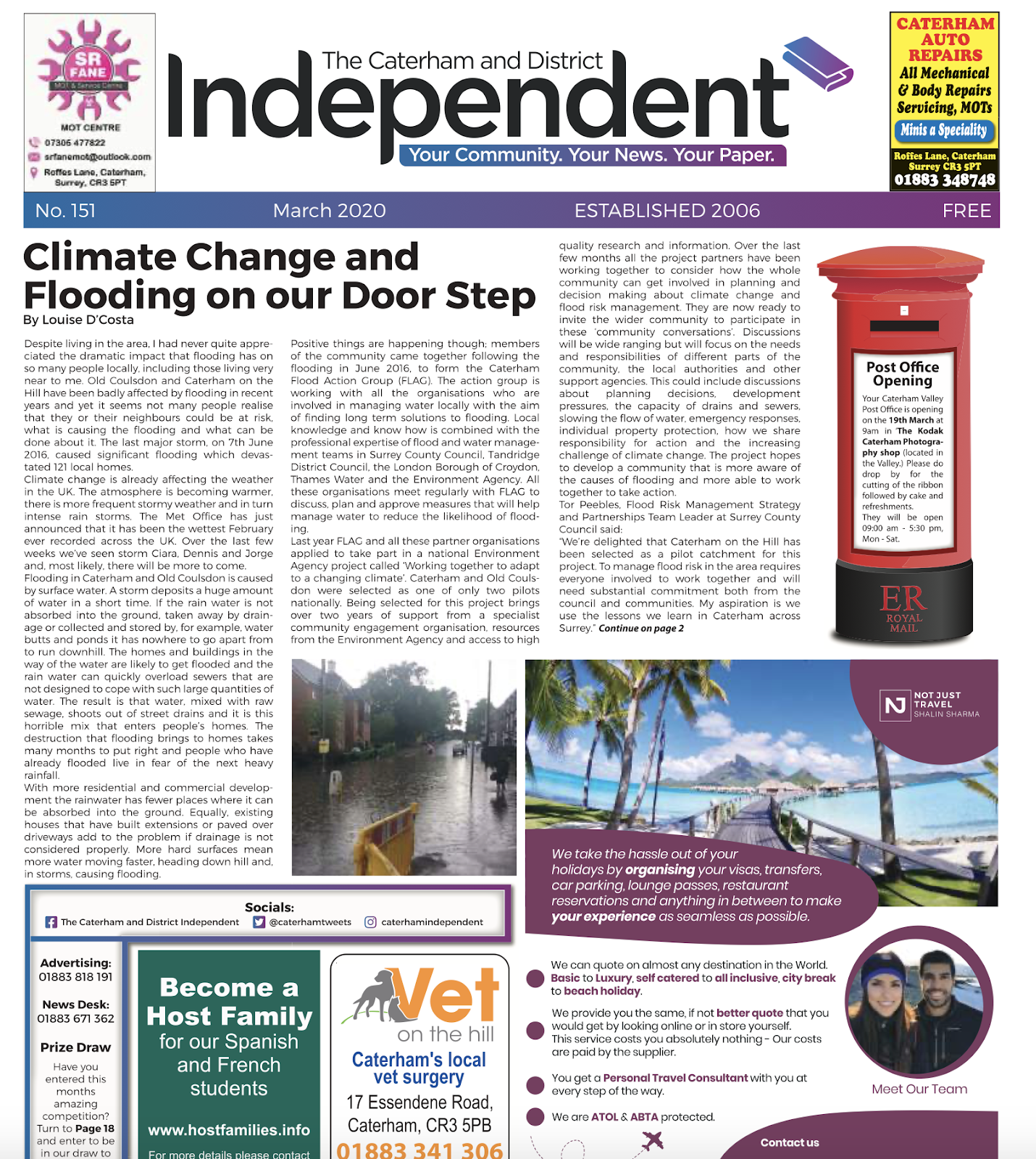